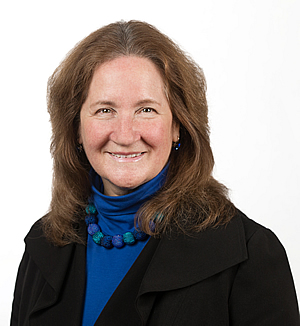 Katherine Newman is the University of Massachusetts System Chancellor for Academic Programs, the Senior Vice President for Economic Development and the Torrey Little Professor of Sociology at UMass Amherst.  She was previously the Interim Chancellor of UMass Boston, Senior Vice President of the University of Massachusetts system, the Provost of UMass Amherst and prior to that, the James B. Knapp Dean of the Arts and Sciences at Johns Hopkins University.  Newman is the author of fourteen books on topics ranging from technical education and apprenticeship, to the sociological study of the working poor in America’s urban centers, middle class economic insecurity under the brunt of recession, and school violence on a mass scale.  She has written extensively on the consequences of globalization for youth in Western Europe, Japan, South Africa and the US, on the impact of regressive taxation on the poor, and on the history of American political opinion on the role of government intervention.

Dr. Newman has served as the Forbes Class of 1941 Professor of Sociology and Public Affairs and Director of the Institute for International and Regional Studies at Princeton, the founding Dean of Social Science at the Radcliffe Institute of Advanced Study and the director of Harvard’s Multidisciplinary Program on Inequality and Social Policy, where she served as the Malcolm Weiner Professor of Urban Studies in the Kennedy School of Government.  She taught for 16 years in the Department of Anthropology at Columbia University and for two years in the School of Law at the University of California Berkeley.

Her most recent book, Downhill From Here: Retirement Insecurity in the Age of Inequality (2019) analyzes the impact of pension collapse, two tiered labor contracts, municipal bankruptcy, and the emergence of the “grey labor force” on the nation’s retirees.  Her next project, coauthored with Elisabeth Jacobs, is provisionally entitled Solving for Poverty: What Tight Labor Markets Do for the Poor which will be published by the University of California Press.